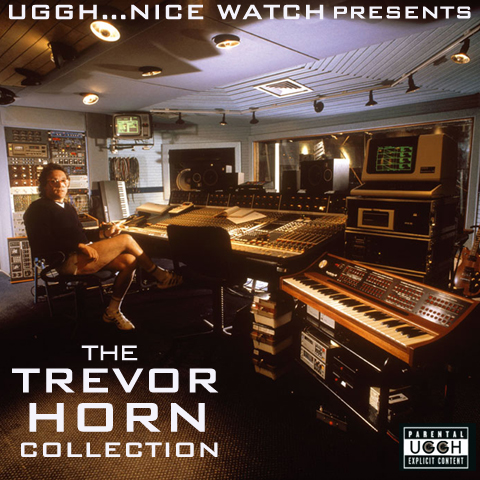 It’s hard to say exactly what kind of music Trevor Horn makes. This British genius is widely acknowledged in his home country as one of the greatest pop producers of all time, but in the states, his amazingly diverse discography is largely overlooked. Using a fearless mix of synthesizers, samples and live instrumentation, Horn made it clear that he was playing by his own rules as the driving force behind both Art Of Noise and The Buggles in the late ’70s. And his early-’80s work on Malcolm McLauren’s Duck Rock—including the seminal track “Buffalo Gals”—still stands as some of the most instantly-recognizable (and most sampled) beats in hip-hop history.

But aside from his more experimental work, Trevor kept winning throughout the ’80s by bringing his innovative touches to a string of mainstream hits from acts like Yes, Pet Shop Boys, Grace Jones, and Frankie Goes To Hollywood. In the ’90s, he reinvented himself as the man behind Seal (he’s written and produced practically every song the singer has ever recorded), and since then he’s been staying busy with an unpredictible slate of work, from faux-lesbian teens t.A.T.u. to indie rockers Belle & Sebastian. I compiled 25 of my favorite Trevor Horn-related tracks for one of this week’s Uggh…Nice Watch releases…

ALL SONGS WERE PRODUCED, WRITTEN OR PERFORMED BY TREVOR HORN

This entry was posted in Electro, Pop, Uggh...Presents. Bookmark the permalink.

8 responses to “THE TREVOR HORN COLLECTION”