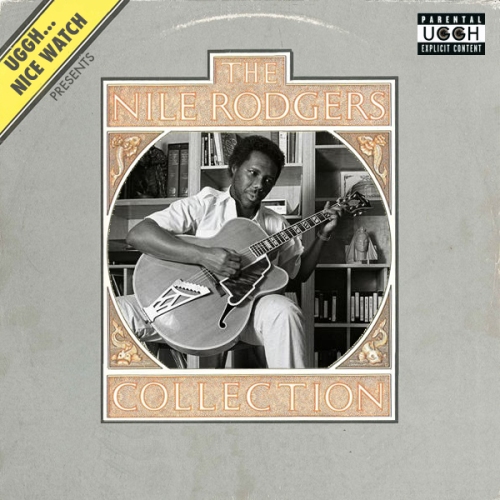 Disco is often considered a musical anomaly, a cheesy gimmick that existed on an isolated aesthetic island before dying out in the late ’70s. And while the disco’s direct lineage to house and other later dance music movements is well documented, little attention is paid to the way disco morphed and made its presence felt in New Wave and the pop rock of the ’80s. A fascinating musical figure at the center of this era is Nile Rodgers, the last great disco producer.

Best known as the co-founder of Chic, Rodgers, alongside his partner Bernard Edwards, made some of the most brilliant music of the late disco era. Nile played guitar, and Bernard played bass. Together, they injected new levels of musicality into a genre that was fast becoming cliché, creating in Chic a disco band that thought like a jazz fusion band. They had seven straight chart-topping singles, produced albums for Diana Ross, Sister Sledge and Johnny Mathis, and provided the musical backbone for hip-hop’s first hit record, “Rapper’s Delight.”

After Disco Demolition Night famously kicked off a nationwide backlash, times were tough for disco’s posterboys. A few years later, David Bowie recruited Nile Rogers to produce his “pop” album Let’s Dance, in a clear attempt to capture the NYC cool of Chic’s hits “Good Times” and “Le Freak.” Suddenly, Nile was once again an in-demand producer for white New Wave acts looking to inject some funky dance flavor into their sound. He produced huge hits for INXS and Duran Duran, and the album that made Madonna a true pop icon, Like A Virgin.

Nile continued to explore new musical frontiers, moving into scoring films and video games (his first gig was creating the music for Eddie Murphy’s Coming To America, including the infamous “Soul Glo” commercial). In the ’90s, his records got a new life after the Trackmasters and the Hitmen raided his catalogue for samples, providing the soundtrack for the jiggy rap era’s biggest hits, including “Mo Money Mo Problems,” “Gettin’ Jiggy With It,” “Been Around The World,” and “Cold Rock a Party.” Check out my compilation of 30 songs created by this diverse musical genius…

ALL SONGS WERE WRITTEN, PRODUCED, ARRANGED AND/OR PERFORMED BY NILE RODGERS

This entry was posted in Pop, Uggh...Presents. Bookmark the permalink.

2 responses to “THE NILE RODGERS COLLECTION”